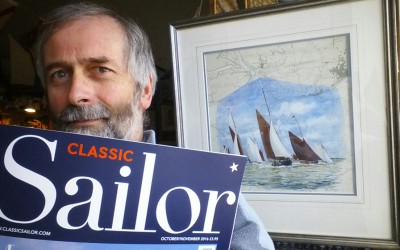 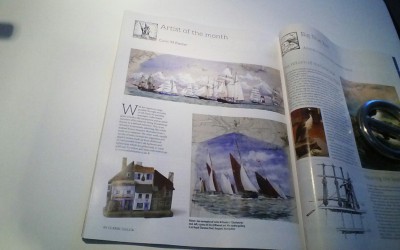 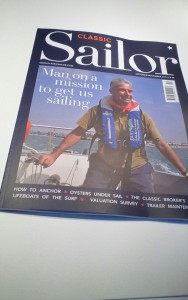 HAMPSHIRE LIFE , January 2013 issue , Article on Gosport (pg61 - 63 )  Interviewed by Viv Micklefield Colin talks a bit about Gosport and history of the town , 2 paintings illustrated and most of the other photos by Colin M Baxter ...except the one of him outside the Driftwood Studio .

Hampshire Life Magazine £2.95 from most Hampshie newsagents and certain supermarkets available from December 21st 2012 . also see website  hampshire.greatbritishlife.co.uk This issue now only available as a back issue from the publisher.

HAMPSHIRE LIFE , August 2015 issue, Im included in the article about the Hampshire Artist's OPEN STUDIOS ,on page 110 /111 with a good photo of my painting of Wrecks in Forton creek Gosport

WATERFONT magazine, Sept 2016  , the quarterly journal of the canals and rivers trust , nice article from Duncan Haskell about me and my thoughts on painting canals and narrow boats , with recent paintings to illustrate . 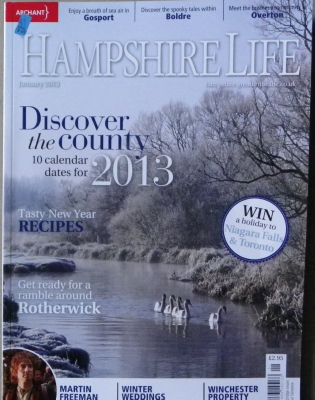 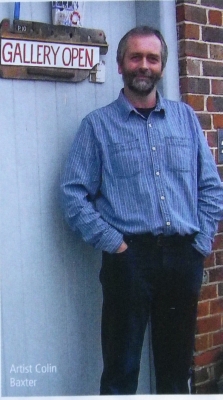 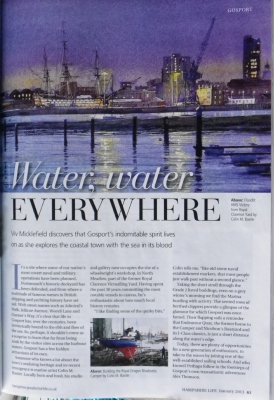 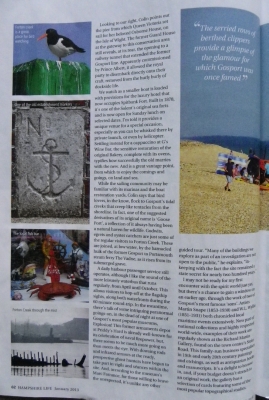 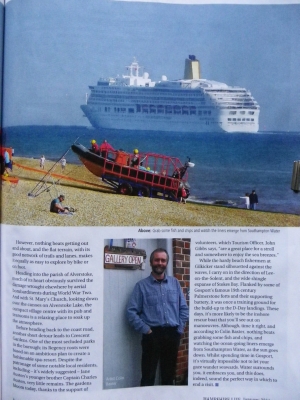 visitors can celebrate the harbour , Tall Ships, warships and old yachts at Gosport Gallery from tomorrow as Hampshire marine artist Colin M Baxter returns to the Gosport Gallery with many new watercolours , oils and drawings inspired by the ships and yachts visiting Portsmouth Harbour .

His detailed watercolours show the sail  training ships that have sailed through the harbourmouth over the years .

These will hang alongside historic views of Portsmouth Harbour when ships like HMS Victory were still afloat .Colin's work also includes current views of museum ships and even fishing boats.

Several pieces on display are Chartworks , watercolours on origional old Admiralty charts , featuring lighthouses around the coast , classic yachts of the 1920's and modern J class yachts that sailed the Solent last year .

Colin has been exhibiting for 30 years and those familiar with his work will be interested to see some of his small oil paintings in this exhibition and some of his more light-hearted 'driftwood' sketches of imagined quaysides of pubs , fish and chip shops, boats and lots of seagulls. 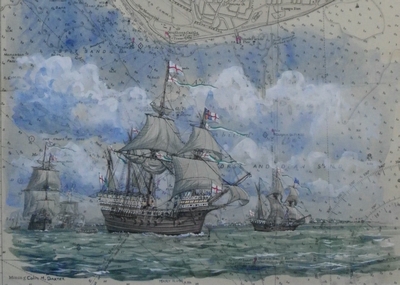 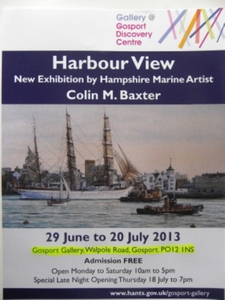 Interview and photos by David Rose-Massom about my new Driftwood series of pen and wash paintings and prints . Also talking about my driftwood creations , painting on copper from ships hulls and Chartworks on Admiralty charts .

Nice photo of me , and the Seagull outside my studio door ! 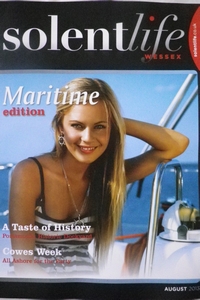 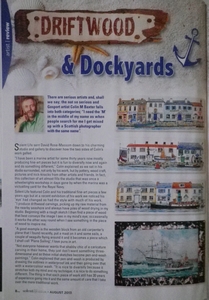 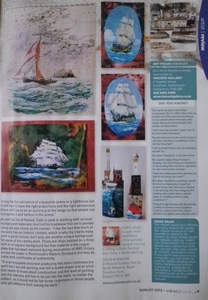 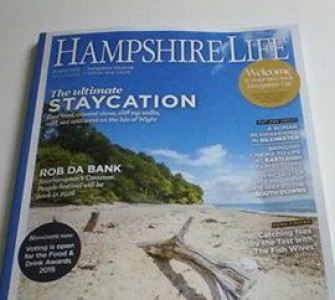